"Awaji" is an island featured in a myth about the birth of Japan. Awaji Island gracefully shows its wares in the Setouchi Inland Sea. There are so many varieties and such a great abundance of fish from the sea around Awaji that people say there is no fish that you can not catch. In particular, Awaji's Yura Port is known for having the best tasting fish in the Kansai Area.
Cuisine is varied, featuring various seasonal fish, rich mountain delicacies, Shabushabu and stone roasted Awaji brand beef, common Japanese conger (hamo) from Nushima in the summer and three year old tiger puffer (torafugu) from Fukura in the winter, as well as dishes loaded with lots of Awaji ingredients. Various meal plans are prepared upon request.

Since ancient times, the people of Awaji Island have made salt from sea water and harvested natural foods from both the mountains and the sea for the Imperial Court. "Miketsukuni" is an area that provides food for the Imperial family.
We offer abundant seafood in season from ports on the island together with selected natural foods grown in the soil and sea surrounding Awaji Island.

Red sea bream that search for food off the coast prior to summer spawning are called sakuradai and are considered to be the best tasting fish. However, the red sea bream caught in autumn are just as good as sakuradai. They are well fattened, too. They're known as momijidai, meaning sea bream for the time Japan's autumn leaves turn red.

Tiger puffers raised in conditions as close to natural as possible in Fukura Bay near the Naruto Channel are crisp and great tasting. Due to the long time it takes to raise them properly, the three year old tiger puffers are especially delicious.

Awaji has, of course, a treasury of great seafood. But it is also famous for its Japanese wagyu beef. "Awaji Beef" cows were originally developed from the well-known Tajima Beef breeding cattle on the island. For many years these cows were carefully selected and bred in a plan to improve their best characteristics. Eventually, they became breeding cattle for the famous Kobe Beef and Matsusaka Beef.

Awaji beef has fine muscle fiber resulting in tremendous marbling qualities. The result is shimofuri (marbled) beef. When shimofuri beef is cooked, it is very tender. The marbling melts and is immersed in the meat, giving it a nice, soft texture that will tantalize your tongue. The flavor contained in the muscle and fat blend delicately together to bring out the meat's delicious taste.

Fertile land and sunny weather help Awaji Island's vegetables grow with a rich, sweet taste.
Onions produced on Awaji are known for their sweetness and softness, while locally grown lettuce and tomatoes are loaded with delicious flavor. Also, fruits grown on Awaji Island, including strawberries, grapes and blueberries, are important ingredients for "Island Sweets."

The soil of Awaji Island is clay and is said to be most suitable for growing rice. Its history is mentioned in "the Record of Ancient Matters (Kojiki)," the first history book in Japan. Hearty and glutinous Awaji brand rice has a high concentration of sugar and great flavor.

Awaji Tenobe (handmade) Somen is made by the traditional "two winter days and nights" method. These carefully made thin noodles feature great smoothness and are easy to swallow.
Enjoy Awaji Island somen noodles. 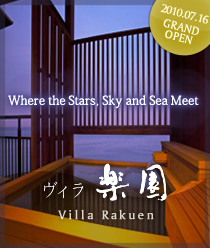 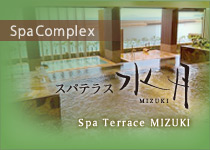